ISO-11898 specifies the data link layer (DLL) and physical signalling of the controller area network (CAN protocol)
I want to discuss a little about advantages and disavantages between RS-485 and ISO-11898 electrical standards, for a half-duplex communication bus.
Both ISO-11898 and RS-485 use differential signalling.

- A bus containing a maximum of 60 nodes, operating at a baudrate between 20 and 50Kbps, with a maximum lenght of 1000 meters
- I don't want to use a MCU with integrated CAN module, I want to use a simple UART module of this MCU, but operating at ISO-11898 signalling levels, and I'm thinking to implement MODBUS RTU protocol over the UART to gain confiability and use a public protocol.
- In all nodes, there will be galvanic insulation between the MCU and the ISO-11898 bus. I'm planning to use a DC-DC converter to insulate the power supplies and the ADuM1201 IC to insulate TX and RX pins of MCP2551 from the MCU
- Master-slave bus (there will be only one master on the bus). If I need to change this bus to a multi-master type, in future, I will need to make a customized MODBUS protocol, and I think, in hardware questions, ISO-11898 is more suitable than RS-485 for a multimaster bus.


So, I did a fast comparative between MAX487 (RS-485) and MCP2551 (ISO-11898) transceivers. OBS: maybe some important parameters to be compared are missing.
My conclusion was that there are more advantages on using ISO-11898 instead of RS-485, in this case.

3) These kind of cable is suited for a ISO-11898 bus? It has 120 ohms characteristic impedance and they are also used in RS485 buses. They are also known as Profibus cable (just seach for it on google images). 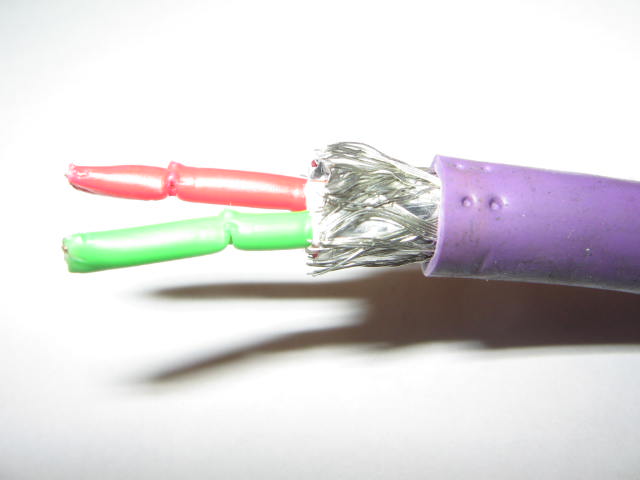 Tue Jan 14 2020, 07:08 AM
shubham kharade
when i am trying to simulate the program in Proteus 8 professional, I am getting some errors as cannot find module file dhtxx.md can u help me

Sat Oct 12 2019, 10:18 AM
Bhadra Sajikumar
i am doing a countdown timer with 8051 for my project, unfortunately our professor had to take a leave of absence before he could teach us most of it.. can someone explain the .asm code of it for me?

Mon Sep 23 2019, 07:37 AM
Nathaniel
I am doing a project for my schools wireless security system with cameras,sensors and spot lights using 8051 micro controller, could you help me out with the design and its source code.