Rikipedia is a free Encyclopedia of Electronics. Here you will find articles and tutorials on electronics and embedded systems. This wiki is currently not open for editing. I am working on integrating this wiki to our user database. If you like to read about an article, Please do request for it in our forum. In Future I am sure you all will help me in building this wiki and creating a great Encyclopedia made for electronics students.

Learn to program one of the most used microcontrollers in the world.

This tutorial will help you learn programming 8051 microcontroller using Keil C or embedded C language. You will go through all special programming tips. 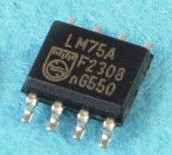 Complete tutorial for LCD interfacing with microcontrollers. Including sample codes. 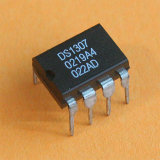 Learn to Construct and interface a keypad with microcontroller. Tutorial includes programming example of AVR and 8051 in C as well as assembly.

Implement PWM on a normal 8051 using timers. Tutorial includes programming example of AVR (AT90S8515) and 8051 in C and assembly. 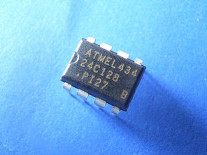 Learn to interface and program AT24 series I2C EEPROM in your projects. This tutorial has example sources help you get started faster.

How use Keil Microvision?

Learn to use the most popular IDE, Keil Microvision 3* for 8051 and ARM. A video tutorial.

This page was last modified on 30 March 2020, at 15:01. ArrayContent is available under Creative Commons Attribution Non-Commercial Share Alike unless otherwise noted.
Post A Question
Share A Project